After moving to New Zealand, I decided it would be convenient if I had a car. So I started looking around on TradeMe, the New Zealand version of eBay. While I was looking, I found a 2000 Alfa Romeo Spider that was totally sweet. And the auction ended in like 20 minutes! And it seemed underpriced — it’s hard to find proper values for older cars, especially rarer ones, but based on what I saw it should be going for a few thousand more. There were no bids, and the reserve had not been met.

So I bid the minimum, just for fun. I figured that in the last few minutes the price would shoot up by a lot. I actually forgot about the auction as I was browsing other cars.

20 minutes later, my email pops up. “You won the auction!”

So I assumed it was some sort of scam I’ve fallen for. I think I slightly offended the seller by asking him all these paranoid questions. But he was this super nice older man whose aging back just couldn’t let him get in and out of a low-slung roadster anymore. He couldn’t understand why the car didn’t go for nearly twice what I bought it for, but he was good-natured about the great deal I had gotten.

He had all the paperwork showing all the maintenance…and there was less than 100km on the odometer, so it’s pretty low mileage for a 2000 car.

So that’s the story of how I accidentally bought a small Italian roadster as my New Zealand car. 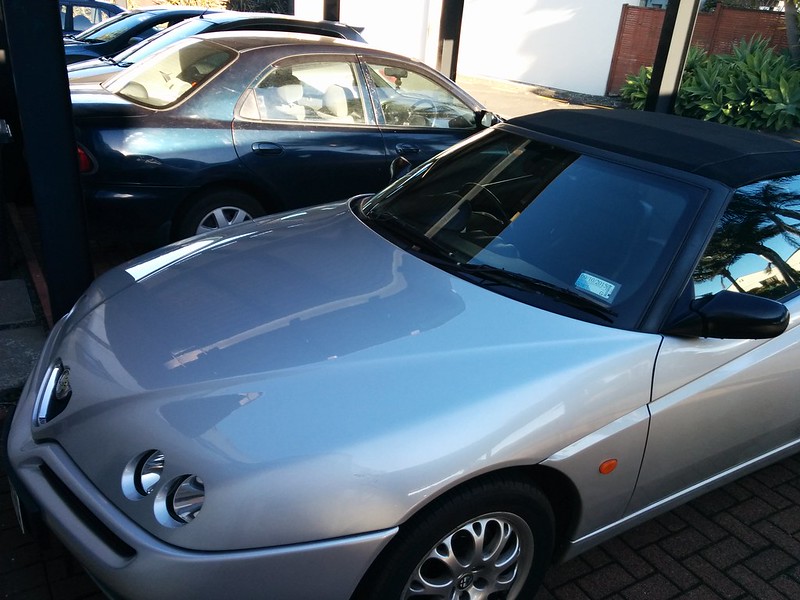 2 thoughts on “The Accidental Car”